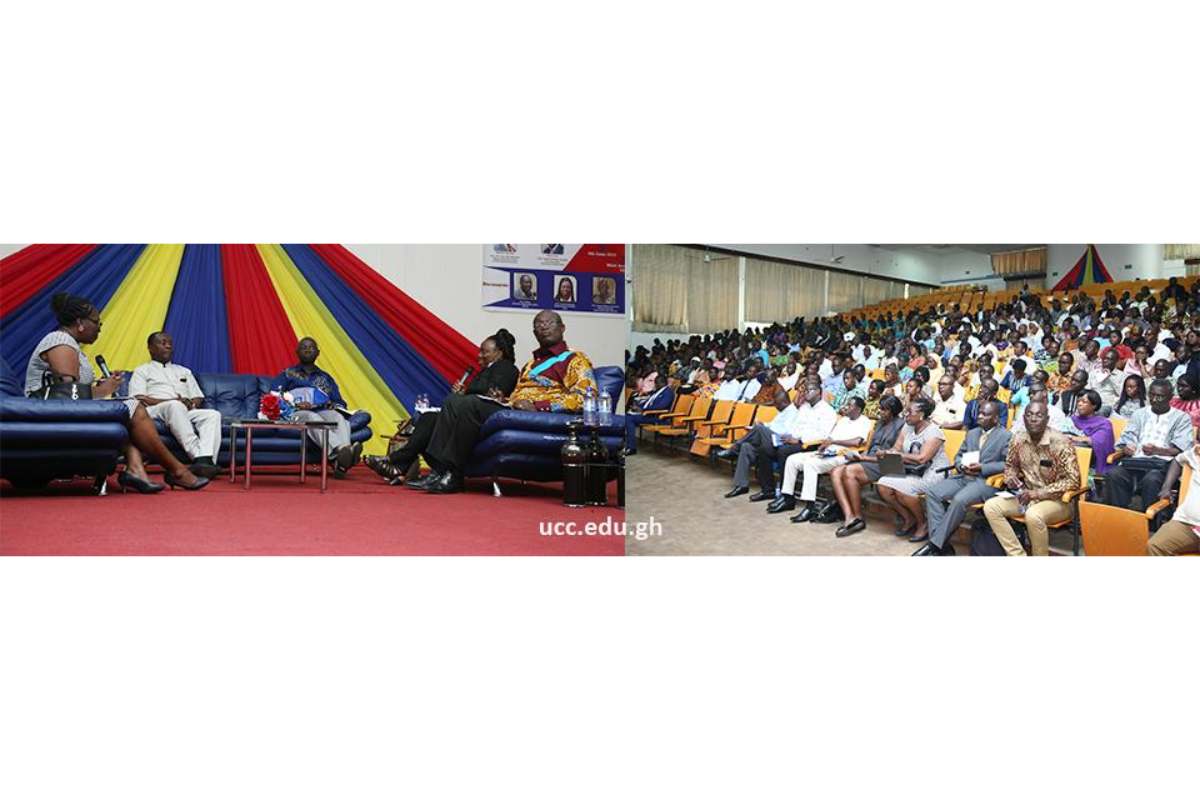 Discussants at a colloquium on modern skills for educational administrators have called for the involvement of all major stakeholders in the educational value chain in the implementation of government policies.

The discussants made this known at a colloquium organised by the Institute of Educational Planning and Administration (IEPA) under the theme: “21st Century Skills for Educational Administrators.”

The event, held at the Main Auditorium, was to provide a platform to explore rare expectations of educational leaders with the requisite skills to effectively function as educational administrators, managers and planners. It brought together heads of institutions, traditional rulers, lecturers, tutors of colleges of Education and Students.

In his contribution, the Pro-Vice-Chancellor, Prof. George K.T. Oduro, wondered why successive government officials failed to draw a line between politics and governance, as well as policy and implementation and advised that it was time the country moved from political initiatives to national initiatives. “I have always said that the Free SHS policy is very good. But with the implementation, we didn’t do much. Before elections, let’s do all the politics. Let the initiatives become national after elections,” he advised.

The Pro-Vice-Chancellor mentioned national character, creativity, listening skills, knowledge about school, communication skills as some of the qualities of  21st century educational administrators. He charged educational administrators to create enabling environment for their subordinates and treat all of them based on their professional competences and not party affiliations.

Prof. Oduro implored the Ghana Education Service, GES,  to facilitate the process for educational administrators to make learning the center of school and requested that instead of teachers living schools during contact hours to transact business with various organisations, the GES should collaborate with organisations to come to the school to provide services to teachers.

Taking his turn, the Director General of GES, Prof. Kwasi Opoku-Amankwa, reiterated that major educational stakeholders were invited to brainstorm on the Free SHS policy. He, however, admitted that stakeholders such as regional and district directors were not involved in the implementation of the free SHS policy. He said  21st century educational administrators should not solve the problems of their institutions on radio, but use the appropriate communication channels of the GES to resolve issues. “If you are Head, you don’t solve your problems on radio, you should know where to solve it. So if you go and solve it on radio, that’s where you will get the challenge,” he said.

A former Headmaster of Mfantsipim School, Mr. Koame M. Edjah, who set the tone for the discussion, called for the closure of the yawning gap between heads of educational institutions and the Ministry of Education, as well as the Ghana Education Service, in the formulation and implementation of government policies. He said, for instance, many heads of second cycle institutions were in the dark regarding the implementation procedures of the Free Senior High Schools.

“If policies are being formulated, these stakeholders should be invited to actually understand these policies. I am saying this because most of our leaders –headmasters and mistresses because sometimes there is a big gap between the Mnistry of Education/GES and the heads,” he said. He said though the initiative to provide secondary education for free was laudable, the role of stakeholders was not clearly defined.

“What I want to say is that, for example, the Free SHS is a very good policy but the implementation if you don’t take care will make the whole thing bad, so why don’t you invite the leadership of schools and brainstorm on how to execute the policy?” Mr. Edjah asked. He, therefore, called on goverment and policy makers to always involve stakeholders in the implementation of national policies concerning education to make sure that the quality of such initiatives were not compromised. He advised that 21st century educational administrators should not indulge in partisan politics or use politics to witch-hunt their subordinates in their institutions.

For his part, the Vice-Dean of the Faculty of Science and Technology Education, UCC, Prof. Sarah Darkwa, called on educational administrators to sharpen their skills always by attending seminars, workshops and pursue further studies. She underscored the need for administrators to upgrade themselves to prove equal to the task of giving quality education in the new education reforms. She appealed to administrators to work hard to improve educational standards in the country.

In his remarks at the colloquium, the Director of IEPA, Dr. Amakyi said the programme was aimed at bringing together stakeholders in education especially educational administrators to share experiences to transform their institutions. He said IEPA would continue to build the capacities of educational administrators through such programmes to enhance their competence. He encouraged participants who had not enrolled on IEPA programmes  to do so in order to upgrade their knowledge and function effectively at their work places.